The art and music of Jean-Michel Basquiat

For the exhibition on Jean-Michel Basquiat and Music at the Philharmonie de Paris, we focused on the period when Basquiat was starting his career. Given that he was affected by his surroundings, and New York more specifically, we wanted to bring the effervescence of the city into the exhibition room to recreate the atmosphere and creativity he experienced. The exhibition room has quite a high ceiling, and we drew on this characteristic to exaggerate the aspect of New York, with its remarkable verticality. Basquiat’s working method, which involved superimposing several layers, was also interesting. We wanted to dissect the works to provide different perspectives according to the position of the visitors in the space. 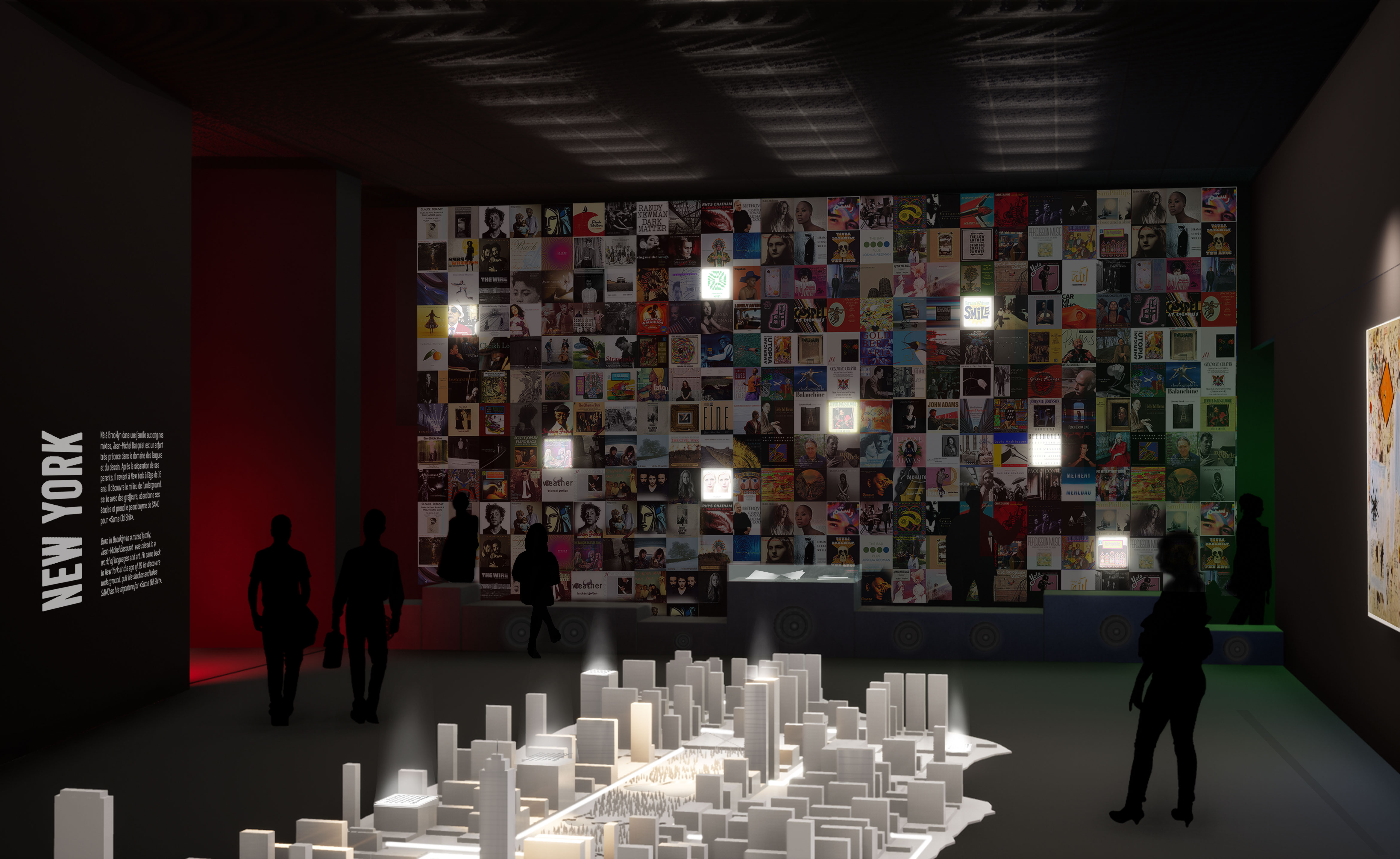 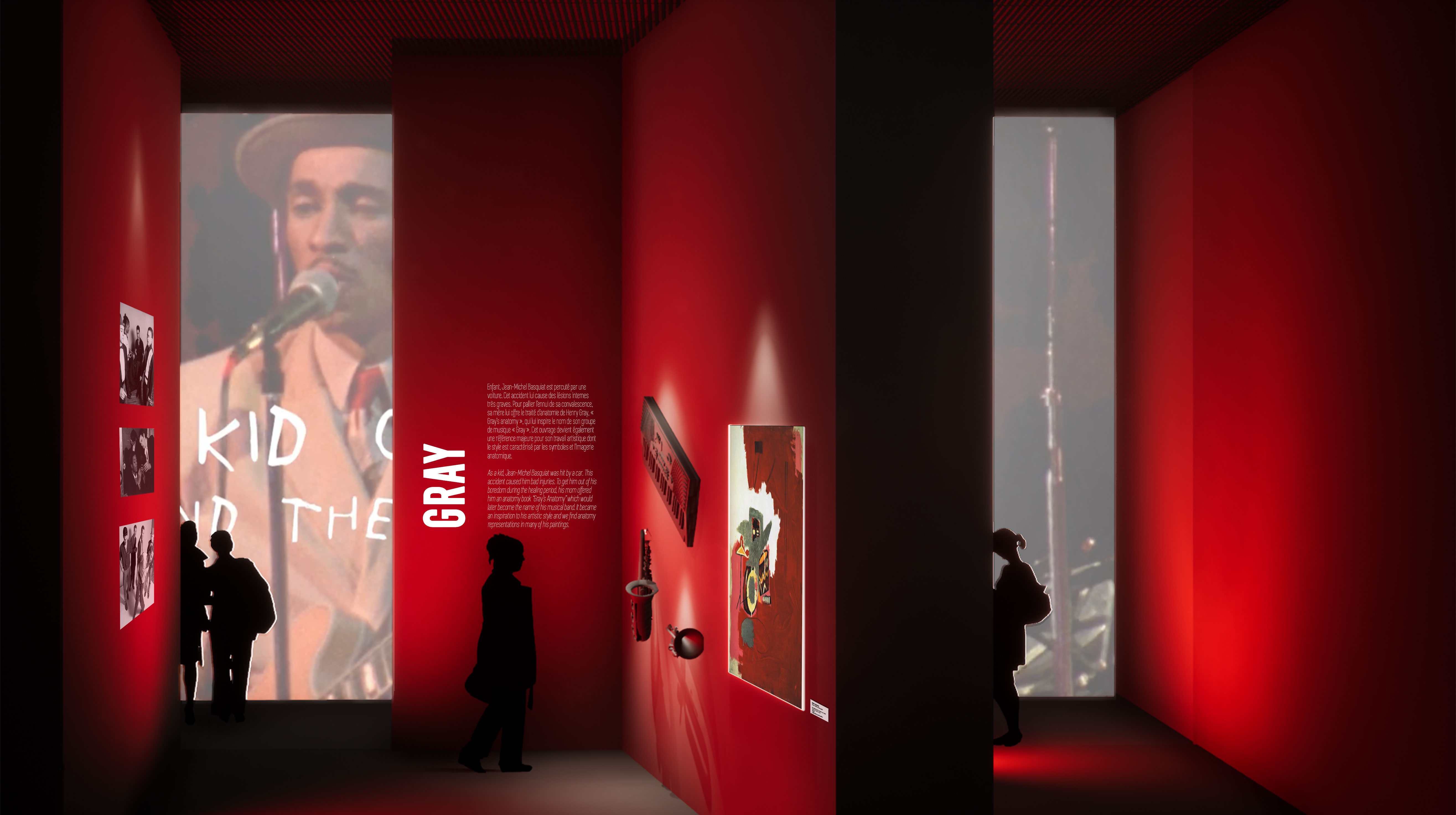