Our intention for this project is to represent the New York that so deeply inspired Jean-Michel Basquiat, both in his music and his art. In the 1960s to 1980s, the city stood out for its cultural effervescence, with neighbourhoods that had their own strong and unique identity, while coexisting within the same city and moment in time. By recreating the way the different neighbourhoods of New York are divided up on the map and stylising it to retain only those most symbolic in the artist’s life, we have been able to reconstruct the city within the exhibition space at the Philharmonie. Broken up just as it was at the time, this large open city will allow the works, music and images to interact with one another throughout an exhibition that visitors will be free to explore. 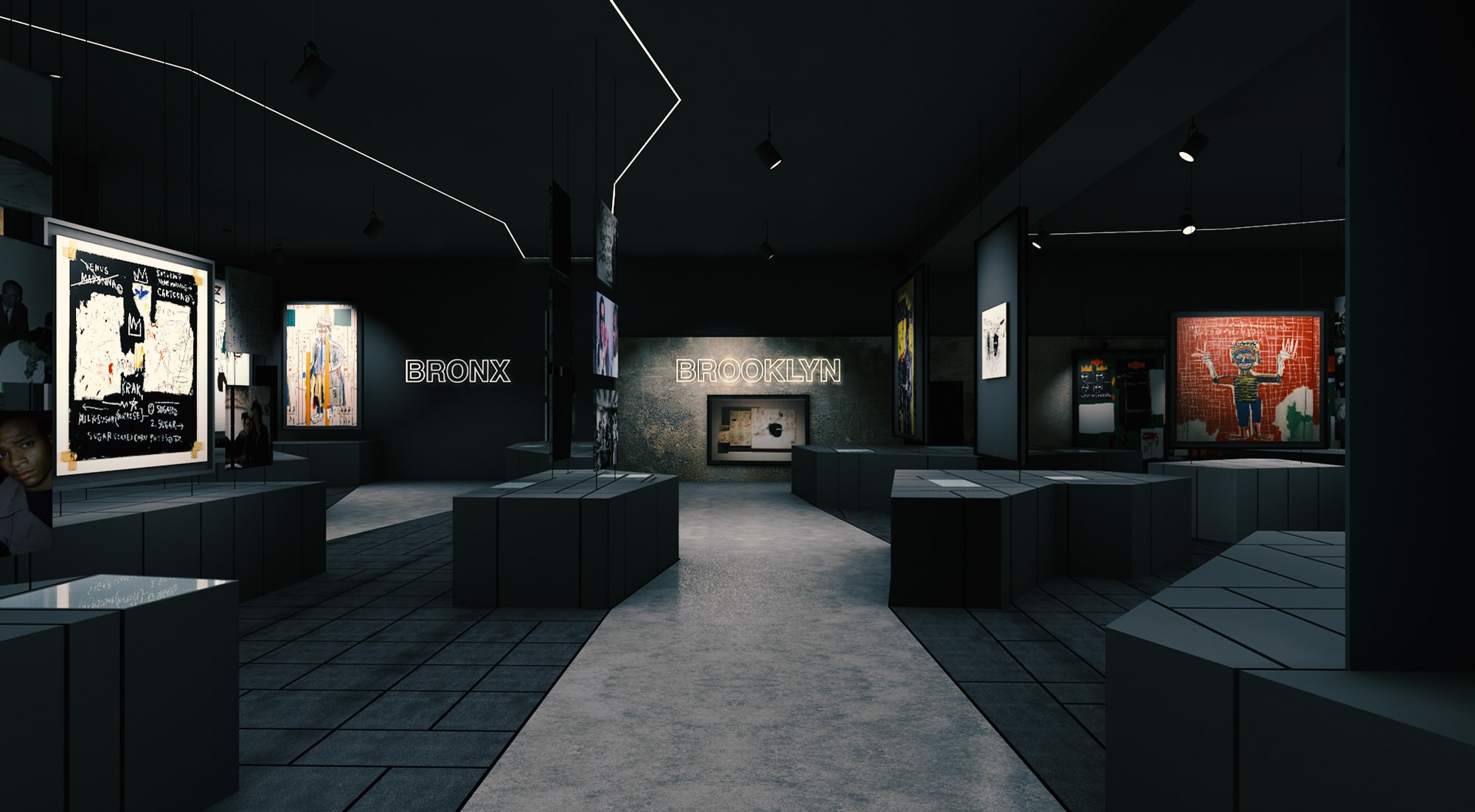